Politics:: articles from 2015 General Election Campaign
Back to the Liberal Democrat Core 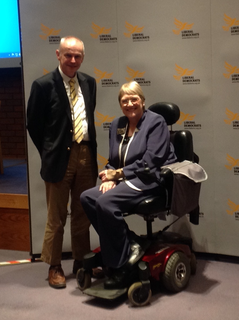 A little while back, like many candidates, I responded to an email from simplepolitics.co.uk and made a 30 second video to encourage people to vote for me as a Liberal Democrat parliamentary candidate. It mentioned a few policy headlines, not least that we were the only party committing to provide the additional £8Bn the NHS is predicted to need by the end of the next parliament.

In seemingly no time at all, the Tories made the same promise (I am spinning this as a Liberal Democrat policy victory even before the vote). Then The Economist ran a provocative article about how the Conservatives were seeming to appeal to workers and Labour to business, in a way that showed how confused the campaign was getting. I began to have some sympathy for people I was canvassing who said they couldn’t make up their minds “because all politicians are saying the same thing”. On that logic it is especially difficult for us as we are most likely to be delivering our manifesto commitments in coalition with another party, so things that are highly distinctive are also things we might struggle to get into a coalition agreement (as happened with tuition fees last time).

I’ve found myself moving from what we will do that is different, to what are the core values that animate us. That’s not to wriggle away from policy, but is to articulate something quite fundamental that we will bring to the process of forming a new government, from which the policy ideas flow.

For my new 30 second pitch I ended up with “our vision is of a free, fair and open society, where the values of liberty, equality and community work together to create a society where no-one is enslaved by ignorance, poverty or conformity” — blatantly paraphrased from the preamble to our constitution.

Very similar words came from Sal Brinton on Women’s Hour recently, and have seemed a good place to start opening or closing statements in hustings events.

At this stage the campaign still seems confusing with lots of apparent similarities in commitments, so it comes down to how one hears what people are saying. On deficit reduction, for example, the Tories are being vague on cuts and imply it will be nothing nasty, and Labour claim there will be no additional borrowing: it is past performance which leads us to suspect that the evil will be in the detail, which will include excessive cuts from the Tories and excessive borrowing from Labour.

Is this the moment to emphasis those core Liberal Democrat values, which (on our past performance) we will bring to government, putting national interest ahead of party interest? The values run deeper than policy negotiations and offer a rich contribution to government. It’s not even a compromise, as I can see a direct link from those principles to the details of our manifesto, but it might give people a clearer sense of the richness of what they vote for when they vote Liberal Democrat, and a better sense of what we are actually about.