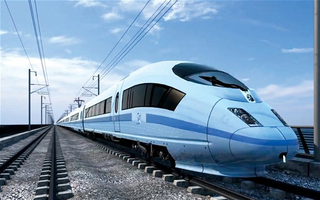 A live issue in North West Leicestershire is the proposed new high speed rail link from from London, HS2. As I see it, the big question is how we ensure that we gain the benefits of this. We have little capacity to decide whether it happens or what the route is, but we are in a position to push for good compensation for those affected and improving of out transport networks so we gain maximum benefit.

The first phase of HS2 is to run from London to Birmingham, and the second phase will involve a western route from there to Manchester, and an eastern route from Birmingham to Sheffield and then Leeds. There are additional proposals for these two to be extended, to Glasgow on the Western side and to and Newcastle and perhaps Edinburgh in the East, and also for an east-west link, HS3, from Hull to Liverpool.

Most of the existing rail network dates from the Victorian era, and the new lines will offer a step change in speeds, as has already been seen with the fast link from St Pancras to the Channel Tunnel (HS1). There are also proposals to link HS1 and HS2, allowing for trains from north of London to pass through the Channel Tunnel.

HS2 will primarily be a passenger service, but its arrival will free up capacity on the existing rail network, allowing for more freight traffic, in turn easing pressure on the roads.

The scheme is controversial because of its cost and objections from people along the proposed routes. Against that, it offers real economic benefits for the country as a whole. I see a key part of HS2 as pulling economic activity away from London. We are already at a stage where property prices have driven salaries up a long way: improved transport makes it easier for businesses to relocate forther north but retain good connections to London when needed.

The main aim of HS2 is to boost the British economy. Its success hangs on links with other transport networks. For North West Leicestershire, I see re-instating the railway from Leicester to Burton on Trent (the Ivanhoe Line) as a key part of this. Some people would use this to reach HS2 stations, but the bigger significance is for people to travel to businesses which are able to locate outside London because of HS2.

For me, the key HS2 question is “How do we benefit from it?” rather than “How do we stop it?”

It seems rash to squander political capital in opposing it if it is likely to go ahead, and wiser to seek to bring the benefits into the costituency.

Part of the problem around HS2 is that routes are still under discussion, so different figures are quoted for total costs and benefits.

If this were something being funded by business alone, the key figures would be the total cost of building it and the likely ticket revenue. The reason for the state being involved is that the picture is much bigger than this.

The costs are not quite what they seem, because most of the money will be spent in the UK and stimulate the UK economy. The benefits also include increased economic activity. Both aspects mean more money coming into the Treasury in taxes.

Ultimately the case for state involvement is that HS2 should be thought of in terms of its potential benefit to the whole country and not just to shareholders in a railway company.

KPMG estimate that, at 2013 prices, the full HS2 network will be producing be boosting the UK economy by £15Bn/year by 2037, and that there are strong gains in the Midlands and the North. Between then and now, the government has quoted £40Bn as the likely cost of track and rolling stock, generating £34Bn in revenues and likely to run at a profit.

If the country as a whole stands to gain substantially from HS2, it seems entirely right that there is generous compensation for those who will lose out.

As MP, I will speak up for North West Leicestershire in the debates about HS2. That might be to push for a different route — and there are suggestions this may happen — but it will definitely be to ensure that we benefit from increased economic activity generated by HS2.