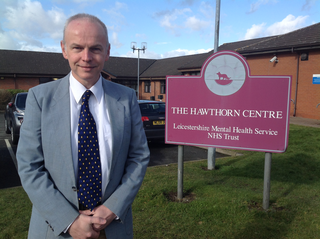 I was surprised when I saw the promotion of mental health emerging Liberal Democrat policy. Its effects are far more widespread than people like to admit, but mental health is so stigmatised that it seems a long way from being a vote-winner. Like entering the coalition, championing it seems like something important, but where we might have to pay a price in terms of popularity.

It is a difficult area to write about. Among my own circle of friends there are a number of people whose lives are badly affected by mental health issues. The area is so stigmatised that I feel I can’t tell stories in writing, but the stories I can’t write down would include some real achievements, of people coping with really difficult situations.

One story I can mention is of someone who is no longer with us, someone whose mental health was always a little fragile. She had an episode when things deteriorated and, as happens all too often, the "emergency" solution meant a night in a police cell — more because she was thought a danger to herself than to anyone else. A night in a police cell would be an unpleasant experience for a criminal who has been arrested, but for someone with already fragile mental health it was a grim and highly stressful. Shortly after she was finally taken to a psychiatric hospital she suffered a major heart attack and died. I am not blaming any of the individuals involved, for whom it must have been a really difficult experience, but in effect, a failure of the system led to a tragic death.

One in four people suffer from mental illness during their life — that is to say, one in four people have a time when psychiatric help is needed. On average three children in every class experience a mental illness. Many more suffer from the “coughs and colds” of mental health. The situation is particularly extreme with groups who are already marginalised — the long-term unemployed, LGBT people, some ethnic minorities — which means it adds an extra layer to already-difficult situations. It makes it that much harder for people who are already disadvantaged.

Mental health has often been the under-valued and under-resourced part of the NHS. People do fall through the system. It’s an area of illness which often has long term effects on people’s earning. In justice terms there are real issues of human rights for people affected by mental illness, because it is compounded by other people’s perceptions and a lack of resources. In economic terms, there is growing evidence that treatment pays for itself, in terms of people’s lives and capacity to earn a living improving.

I am delighted that we as Liberal Democrats are taking this seriously. As I listened to a fringe meeting on mental health and then Norman Lamb’s speech at the Spring Conference, I found myself thinking of a string of people whose lives would benefit. The planned manifesto commitment end the use of police cells for people under 18, and work to reduce it drastically for adults struck a chord. I’m delighted to hear that £150 Million will be spent over the next five years so that every area has access to good services for eating disorders. Having heard friends talk of long and distressing waits for appointments, the arrival of targets for mental health treatment is very encouraging, particularly when they include tight time limits for psychosis as there are for cancer. In purely financial terms, I am delighted to hear of plans to invest £500Million each year in mental health during the next parliament, in addition to meeting the £8Billion funding shortfall we are likely to have by 2020.

Above all, a major political party taking up the issue of mental illness does a huge amount to alleviate the stigma which compounds people’s symptoms, and makes many reluctant to seek help.

I am the Prospective Parliamentary Candidate for North West Leicestershire. I don’t think this constituency is unusual, but things have caught my eye right across the constituency. These range from the stresses of people who are highly successful and affluent through to those for whom long term unemployment (or under-employment) is compounded by depression, making their situation doubly hard to change. They include the isolation of farmers, pressures on people forced by economic necessity to work away from home, or cope with deprivation.

Health Minister Norman Lamb spoke movingly of the mental illness of his son. Although the situation sounds hard, it is something anyone close to someone who has a mental illness will recognise, I’m glad that this something we can start to engage with.

Mental illness affects not just the person with the diagnosis, but also their network of friends and family. Perhaps that means championing it will not cost us votes. Whatever the outcome of the election, it will be good if campaigning on this issue eases some of the stigma, and rather better if we are in a position to carry out some of our promises in government after the election.