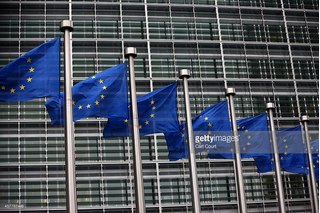 On 28 March 2015 the Guardian ran a remarkable article saying that the European Union Committee of the House of Lords had accused ministers of trying to bury the results of an extensive Whitehall examination of European Union powers, after it found no evidence that the EU was interfering excessively in any aspect of British life.

When this “balance of competences” report was commissioned in 2012 the implication was that this would prepare the ground for a re-negotiation of relations with the EU, and help the case for the repatriation of some powers.

The report comprises 32 separate reviews into different areas of EU competences. At an early stage, letters were sent to all the other EU states to seek their views. A while back The Guardian reported most chosing not to respond, viewing this as a piece of UK politics rather than a serious investigation. In 2013 the sense, particularly in France and Germany, was that the exercise was more about justifying the repatriation of powers than seeing whether it was needed, which didn’t do much for the UK’s standing in the EU.

The House of Lords European Union Committee report makes startling reading. It is couched in balanced and thorough language. It begins by quoting William Hague’s announcement in July 2012:

“The review will be an audit of what the EU does and how it affects us in the United Kingdom. It will look at where competence lies, how the EU’s competences, whether exclusive, shared or supporting, are used and what that means for our national interest. These are issues that affect all EU member states and could have a bearing on the future shape of the EU as a whole.”

It has attracted praise for balance and fairness, and its chair, the former Tory minister Lord Boswell says that it finds no evidence that the EU is “becoming a state” or has accrued excessive powers. It finds no area where the is a case for transferring powers back from Brussels.

That flatly contradicts the Conservative position of seeking to re-negotiate our relationship with the EU and bring powers back to the UK ahead of a referendum. Instead the impression is that, if the Conservatives won the concessions they seem to seek, this would actually be against Britain’s interests — as well as undermining our relationship with the rest of the EU.

The end of the report has some startling comments:

It is hard to avoid the view that the report was commissioned to come to a eurosceptic conclusion and is being buried for not doing that. The European Union Committee of the House of Lords has acted with wisdom and independence rather than giving in to pressure from ministers. If there is to be a debate on Europe, it needs to be well informed. Attempting to bury objective research of this quality should cause major concern.

It seems that the Liberal Democrats are the only party that can be trusted on Europe. I’m not sure whether we’ll be better placed to be a source of sense in government, or a source of wisdom in opposition, but speaking up for a United Kingdom in a united Europe feels ever more important.