An approach to society which is informed by psychoanalysis history and an understanding of religion is that it makes it easier to look at other societies and ask “How does this work?” — and then take that approach back to the one I live in.

One example is that the book I am currently writing on psychodynamics and spirituality will have a chapter on Bali, not because I claim to be an expert, but because Christianity is so woven through the fabric of British society that it is easy to understate its role, but looking at the predominantly-Hindu world of Bali gives me a way to understand something of what I carry without naming.

In the UK context this gives me a way to think about politics and the public discourse by asking what is below the surface. An example from the autumn of 2014 would be the way the question of possible independence for Scotland bubbled up and has sparked a flurry of questions about devolution to “city regions” from a government which undid Labour’s attempts at devolution to the English regions when it came into office. It is as if there is a process going on which points in the direction of devolution of powers away from the national UK government which is bigger than national UK politics. This coincides with the rise of UKIP and the Green Party, so that it is not clear whether TV debates ahead of the next General Election should figure three, four or five parties. On the face of it these are unrelated. But they make sense in terms of one of the effects of globalisation being that power shifts away from national governments to supra-national and regional. That would great pressure to devolve power from Westminster, perhaps in the orderly way that Labour tried, or in a more chaotic way, as if national government is responding to a bigger story. At the same time, UKIP in particular seems to have become a “party of protest” — which only makes sense if people don’t think it really matters who is in government.

From a psychoanalytic perspective, it is also easy to see in the rise of UKIP not a serious attempt at wise government, but a schizoid withdrawl to a frightened unreality. I am thinking of it in terms of what Lawrence Gould and colleagues termed the basic assumption of Me-ness — where people behave as if the group or collective doesn’t really exist, because actually engaging with reality feels too dangerous. So UKIP becomes a party of protest, though the people protesting come from a wide range of perspectives: which is fine as long as they don’t get elected and have to do anything.

In both Singapore and Malaysia I have been struck by the effects of having (effectively) one group in government for many decades and the difficulties this presents in enabling a change of government because there has been no need to preserve a distinction between “the ruling party”, “the government” and “the civil service”. From a British perspective this looks strange: we are used to a civil service which is supposed to be politically-neutral and, for example, seems to have done a very good job of enabling the formation of a workable coalition after the 2010 general election. Yet this is to impose a British model on countries with other stories, and where it does not necessarily fit.

A more extreme example might be the way in which interventions in Iraq and Afghanistan which seem to have backfired horribly. The point is not so much “democracy does’t work” as that the way of doing things that has grown up in relation to European culture is not necessarily right in a different context. Crucially there are a range of, largely unspoken, conventions which limit what British politicians do. Different countries have different stories: my sense is that the crucial thing is whatever government a country has is accepted by its people, and has an orderly mechanism for change.

The houses of parliament

The British political system is not perfect. It’s underpinned by a set of conventions rooted in history. An extreme example is the House of Lords: if another country were creating a new parliamentary system and sought to emulate that, there would be disquiet, yet my own view is that one of the reasons why change to the House of Lords has taken so long is that, the conventions underpinning our democracy mean that it works, almost against the odds.

On a bigger scale, the present sstem works, in that it produces government that is stable, because people accept it, but, as reflective citizens, there is a lot to engage with.

There was a time when I was cynical about British politicians. After attending a conference on “Can Labour and the Liberal Democrats work together towards full employment?” in the early 1990s my view began to change. The list of politicians about whom I was not cynical began to grow. A few years later I realised that it said very little about my political allegiances: the politicians about who I was not cynical were the ones who I had heard talking at length. I began to realise that my observation was actually on the media. We have created a culture in which there is pressure for the short sound bite, which makes for a great news flash, but few wise approaches can be reduced to a sentence without losing most of their wisdom. The gap between the realities of the European Union and the sound bites which attack it are particularly scary — especially as they create pressure for the UK to fail to play its part, and perhaps even to leave the EU.

I joined the Liberal Democrats after the 2010 election — partly because the ending of regional assemblies meant there was no longer a conflict of interest in my joining a party, and partly because I respected the wisdom of a party entering a coalition where it knew it would take a hammering in public opinion. This seemed to be a party putting national interest ahead of party interest in a way that deserves respects. One of the startling, and saddening, things about the LibDem conferences I have attended has been the gap between what happens in the conference hall and the way it is reported. My own sense now is that an improvement in British democracy needs to begin not in tinkering with institutions, but in improving the public discourse and then thinking about what changes are needed.

I have little sympathy for the mentality either of protest votes or of disengagement, such as people not voting, or choosing to spoil the ballot papers. The perspective of politics in the far east makes me very aware that we receive a different heritage, and a rich process has gone on for those heritage includes Magna carta. Protest votes, dismissing politics as “lies”, or spoiling ballot papers in frustration seem like an abdication of responsibility. In psychoanalytic terms this does make sense, as a schizoid withdrawl which disengages from reality in a regressed way as if the group or wider society exists as a distorted fantasy rather than a reality. Things like the Opus listening posts provide a useful snapshot of where we now are, which is rather more complex than the language of protest suggests, but for people to join in the disengagement is profoundly dangerous.

The question I am left with, whether in the UK or Singapore or Malaysia, is what is going on below the surface. What are the collective unconscious processes which are causing a country to arrive at its government? Are these healthy ones that lead to something good for that country, or are they like the addict who keeps producing destructive behaviour because it meets a dysfunctional need?

At the moment, it feels as if globalisation is the big un-named feature in our collective process. Because it is not named — except in dark mutterings about “big business” — it is hard to engage with, but changes how we think about everything else. Yet globalisation is part of our collective process, so we collectively are doing something that undermines our political process, and the public discourse responds by behaving as if politicians are bad. That leaves a big question of how we collectively engage with our political process, rather than simply scapegoating politicians. 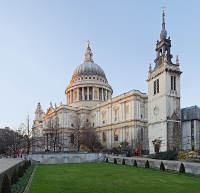 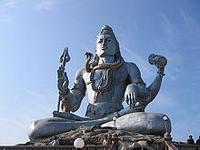 In the middle of this, the question of religion becomes very important. Bali provides a good example of a context where the religion holds an important part of the collective unconscious process of the people. I sense that this is one of its major functions. Yet today in the West religion has largely lost this role. Christianity is deeply wired into Western culture, yet the dominant public discourse behaves as if this is bad: it is as if Christianity has become associated with a fringe that holds to (questionable) certainties, so it can no longer play its role in holding the collective unconscious — with scarily little sense of what has replaced it.

I find myself wondering what the present fear of “Islamic terrorism” is about. The lunatic fringes of most religions are rather unsavoury, and far from representative of the mainstream. There’s a wonderful story a protest by the English Defence League outside a mosque in York, who were found themselves being invited in for tea, which seems a good example of the Muslim mainstream reacting wisely to extremists from a Christendom background.

My hunch is that Christianity has substantially lost its place as the holder of the collective in the UK. In its place there are fragments and memories, floating chaotically. We know we have lost something, and act as if the Muslim world has a unity and containment we envy. That makes it fear-inducing, especially as there is a huge gap between that perception and reality. In group relations terms, we in the west are parking some very primitive fears on our Muslim minority, and a vulnerable fringe in that community gets mobilised to act this out in terrorism. In a strange and dangerous way, we are manufacturing the enemy need. Part of our own reflective process needs to be to look at what this is really about.