Anger is a pretty raw emotion. I suspect that what is being expressed around “partygate” includes pent-up frustrations over Covid, worry over the economic situation, anxiety over empty supermarket shelves, and fears over the direction of Brexit.
END_OF_DOCUMENT_TOKEN_TO_BE_REPLACED 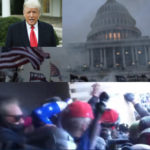 In another blog post I tried out the idea of “quasi-religious” support for Brexit, suggesting that some of the Brexiteer myths got support because they focussed people’s anxieties. An obvious example is immigration. “Immigrants taking out job” and “immigrants scrounging our benefits” don’t work together: an immigrant can’t be both taking our jobs and our benefits. They don’t make economic sense either — as the evidence is that the economic activity of immigrants boosts the economy. But the myth of “immigrants taking our jobs/benefits” might well resonate for people living with lack, who don’t hear their experience reflected in the words of political leaders. The problem is that the words are not on the lips of political leaders because things are more complex than that — which is heard as “politicians don’t care”. I’m mentioning Brexit, but one of the Hitler echoes is that there never was a “Jewish problem”, but it was a shorthand for issues that were more complex. Using that shorthand might have had an emotional appeal, but it did no more than enable immense suffering.
END_OF_DOCUMENT_TOKEN_TO_BE_REPLACED