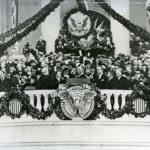 On 23 March, Boris Johnson told the 1922 committee that we have success with the vaccine because of “capitalism” and “greed”. Then he added: “forget I said that”.

Outrage is an appropriate response, but it’s worth thinking further.

Perhaps Johnson made a mistake. Perhaps he had a good sense of what his audience wanted to hear — and was so caught up in where they were that he didn’t realise how it would go down in the country. On the other hand, both greed and capitalism are powerful defences against difficult emotions.

One of the paradoxes of Brexit is that it’s turned the Conservative party from “the party of business” into one presiding over real economic harm.

I fear that some of our wealthy leaders are not as secure as they would like. Actively not noticing the damage they are doing to others is a brutal way to hide from their own anxieties.

As with “Basildon man” in the 1980s, this aligns just as brutally with people at the bottom of the pile who identify with the wealthy because they dream of joining them.

Either way, greed is so individualistic that it gives a way to hide from our collective fears.

The psychoanalyst Jacques Lacan suggested that capitalism, at its most raw, is a reaction against the norms and values of society. He framed like that in terms of an entrepreneur’s will being in the driving seat.

Pushing that a little further, instead of finding a way to deal with how limited we are, it becomes a way of dealing with fears over survival. Trying to become rich is an over-compensation for people worried for their own survival. In this case, covid is the threat to survival. It’s startling to see Johnson so transparently talk of capitalism as the way he escapes from that fear.

A great deal is projected onto politicians. The dysfunction in the government’s handling of covid makes sense only if it’s also reflecting the range of anxieties in society. Linking success with the vaccine to “capitalism” and “greed” isn’t fair to the pharmaceutical industry or those distributing the vaccine. Yet it reads like a textbook example of a leader acting as a lightening conductor for people’s anxieties.

The leadership we need is one that deals with the problems leading to the anxiety.

In 1933, in the depths of another crisis, the Great Depression, Roosevelt became US President. There’s a stark contrast between Johnson’s gaffe and these words from Roosevelt’s inauguration speech:

“This great nation will endure as it has endured, will revive and will prosper. So, first of all, let me assert my firm belief that the only thing we have to fear is fear itself — nameless, unreasoning, unjustified terror which paralyses needed efforts to convert retreat into advance. In every dark hour of our national life, a leadership of frankness and vigour has met with that understanding and support of the people themselves which is essential to victory. I am convinced that you will again give that support to leadership in these critical days.”