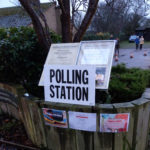 The Tories won in 2019 on a promise to deliver Brexit, and shouldn’t be able escape the consequences by going to the polls early. The unravelling of Brexit and the consequences of their handling of Covid will mean they are in a weak position when the next General Election is due, in 2024. Going sooner than that, while they have a comfortable majority, would attract criticism. But a General Election in the “honeymoon” period of a new leader could be sold as “democratic”. Supporters of opposition parties would — rightly — cry “foul”, but the Tories would be gambling on coming back with a reduced, but viable, majority. They might also want to act quickly — while Labour are still in relative disarray.

The size of the Tory majority means that opposition parties can’t stop an early General Election, but we do need to be prepared.

Rees Mogg’s claim that we have an “essentially presidential” system should send a shudder down the spine. Combined with increasing authoritarianism, attempts to prevent the courts stopping the government and attacks on the BBC, this is sounding like a fundamental challenge to our liberties and values.

If we were still in the EU, we would be at risk of joining Hungary and Poland in facing action under Article 7 of the Treaty on the European Union for breaching its fundamental values:

“respect for human dignity, freedom, democracy, equality, the rule of law and respect for human rights, including the rights of persons belonging to minorities… in a society in which pluralism, non-discrimination, tolerance, justice, solidarity and equality between women and men prevail.”

Johnson will hang on until his party concludes that replacing him is in their interest. Winning the next General Election will be high on their priorities. Doing that later this year sounds crazy. It is as crazy as the idea of Leave winning the EU referendum, or the Tories coming back with a big majority in 2019. We need to be prepared. Liberal Democrats doing well in the local elections in May this year is a good place to start.

The original version of this was published on Liberal Democrat Voice, 30 January 2022.